Search
Shopping cart
We’re Presenting! See You at DScoop in Phoenix March 1-4 Inspiring Art (and Packaging!) from Featured Maker: Tramake
Back to All Blog Posts

Awesome Illustration of Our Shark Tank Appearance: Interview with the Artist 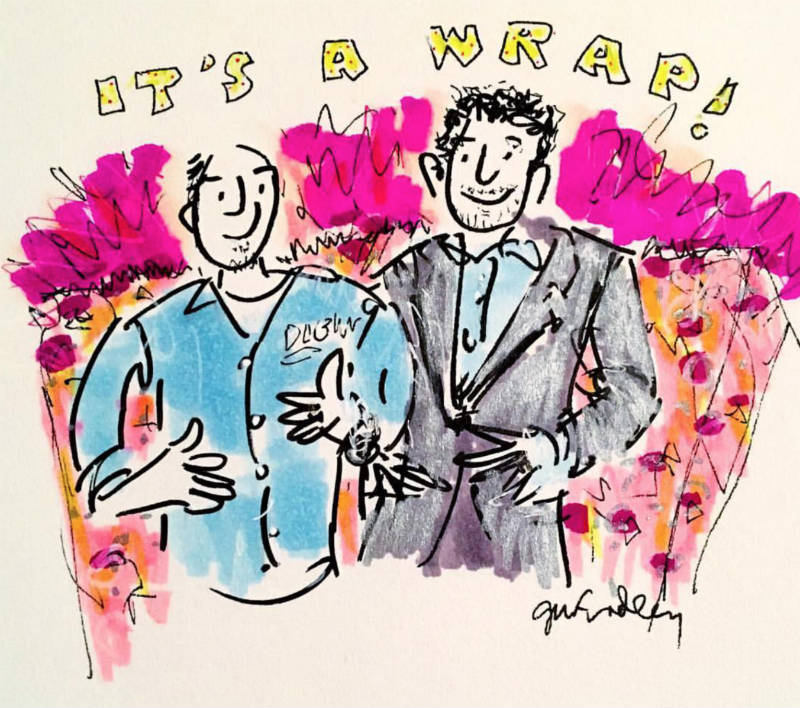 We were so excited to appear on Shark Tank in December, where we made a successful deal with Kevin O’Leary. A few weeks after the appearance, we were surprised and delighted to see illustrator Gerri Findley’s drawing of our appearance. What an excellent way for us to remember our time in the tank! 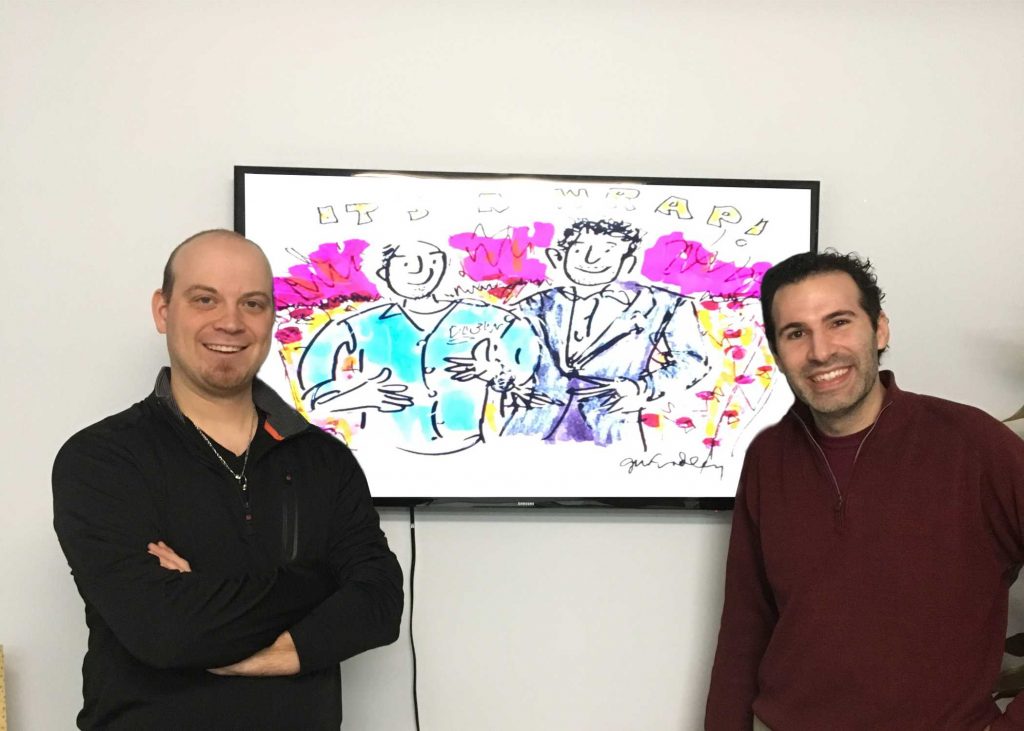 We tracked down Gerri Findley to send her some tissue paper with a repeat pattern of her illustration and to learn more about what inspired her to take the time to create this incredible illustration. 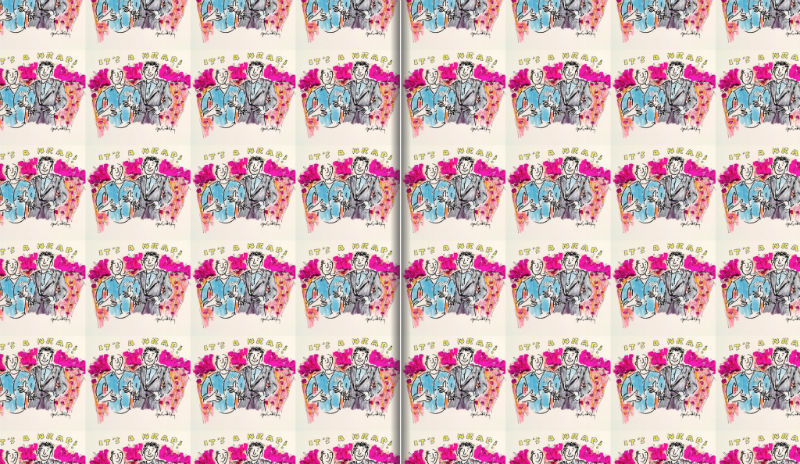 We noticed during the search that she has drawn several of the people who have appeared on the show. So we asked, why Shark Tank?

“A few shows into Season 7 (2015-2016), a credit card protection named Signal Vault was in the tank and the sharks were circling. Lori Greiner confidently grabbed her pen and quickly scribbled $1,000,000,” remembered Gerri. “At that memorable moment I reached for my markers to quickly capture and post. I had been sketching pop culture, award shows, music people, and posting on Instagram.” 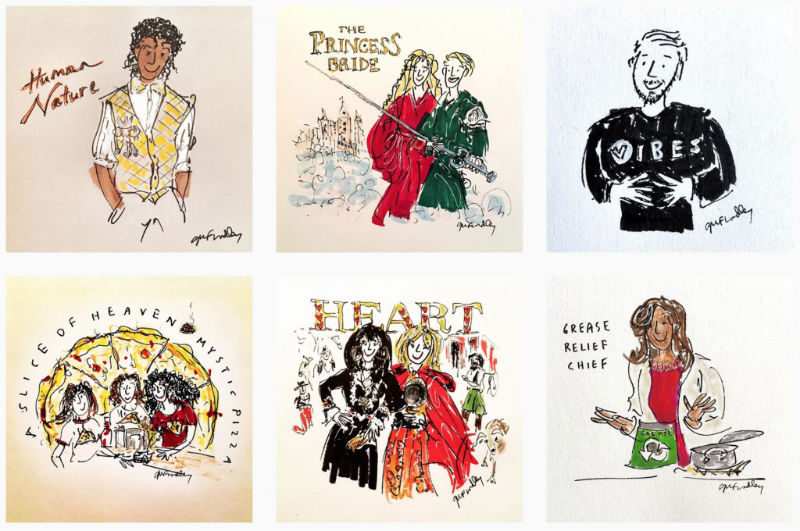 “A ❤️ appeared from @ODangHummus founder, Jesse, who would enter the tank the following week. After Jesse’s fantastic food pitch with outstretched arms he asked, ‘Who wants to snack!?!’ I was hooked again to capture that moment, and so began my season of Shark Tank sketching.”

Since then she has been drawing people who appear in the tank, and we are so happy to have been featured. 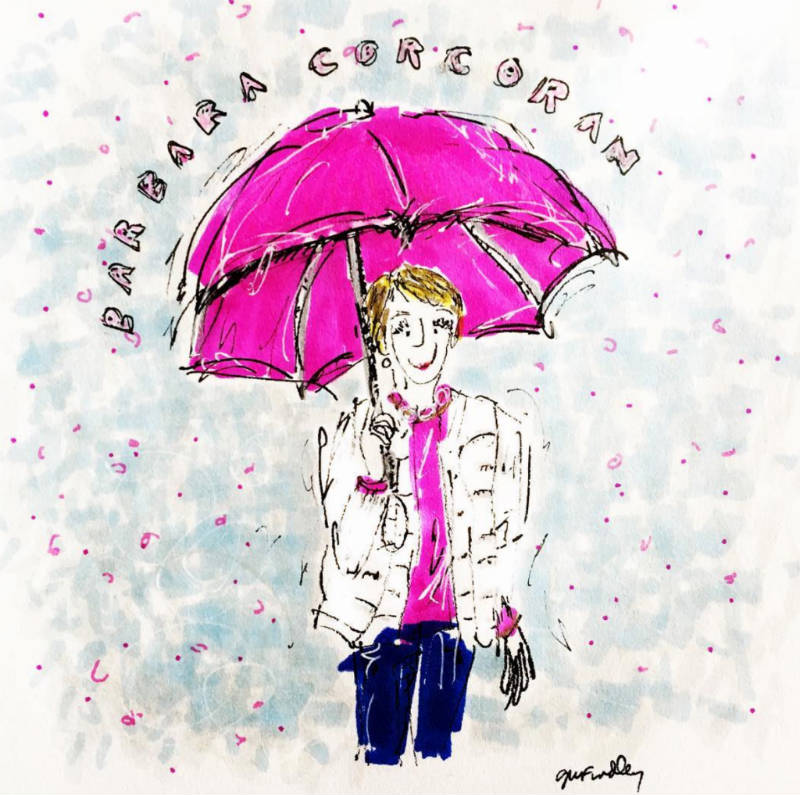 We asked what inspires her to draw. “People fascinate me and I love to sketch them,” said Findley. “And I add a smile. And a headline. I sketch what I see. A moment that tells a story. They’re quick sketches, and they capture a memorable moment or event.”

You can follow Gerri’s work on Instagram @gerrifindley, where she posts her incredible work. “I aim to delight,” said Findley. “The world needs more delight.”

You can get in touch with Gerri at GoDesign.com.